In Scandinavia, what seems to be a fundamental interest in light (possibly generated from the relative rarity of it), has given birth to a prolific production of illuminated art and design works over the past hundred years. From the flickering particles of light in the paintings of Wilhelm Hammershøj, to Poul Henningsen’s patent-applied lamps, taming the crudity of the electrical bulb, to Olafur Eliasson’s immersive light installations based on sensorial colour experience, light – and our perception of it – plays the starring role. This specific approach to light seems to be both poetically and scientifically (positivistically) rooted, and it is often related to nature.

The art works of the exhibition Radiant are equally inspired by natural phenomena, with a particular attention to the dynamic aspects of light, as well as to its emotional impact on the beholder. Etymologically, the word Radiant both refers to rays of light and heat, and it is in this double sense that these works should be considered. Whether natural or artificial, reflected or absorbed, light is essentially a vibrant phenomenon, physically and emotionally, and it is this kinetic/poetic dimension of light, that is cultivated in the presented works: Light and (e)motion.

Inspired by the infinite depth of the Universe, the Danish artist Astrid Krogh created the mesmerizing light sculpture, Illimited (2019) from delicate optic fibers infused with changing light, protruding from a midnight blue box. Different light constellations appear and disappear in a slow pace, making the little square of the universe seem to “breath” like a starry sky. Fascinated by the luminescence of gold and its enduring ability to represent light throughout history, the sky theme continues in Krogh’s incandescent wall piece, My Golden Horizon (2017-2020), in which the artist has transferred thin sheets of beaten gold onto paper, carefully forming pleats and folds that capture and reflect ambient light. Relying on shadow and light to determine the intensity of each tone, the golden folds form an ethereal composition, echoing the aura of a striking sunset.

This ethereal quality is equally central to Ilkka Suppanen’s irradiant glass sculptures Reunited (2012) and Fission (2016), made from recycled Murano crystals. His more recent works Morselle (2019) and Kai (2019) have the distinctive feature of a reflective surface embedded deeply in solid glass. The voluptuous forms of the weightless and transparent, blown glass provide a protective shell for the shiny mirrors, which capture and reflect the surrounding light, as it constantly changes throughout the day, thereby modifying their own visual appearance, while expanding the perspectives of our own surrounding reality.

Germans Ermičs and Iskos-Berlin continue the aesthetics of reflective light in their table/bench Presence-Absence (2017). Presence-Absence explores our perception of color, light and form, as it constantly changes according to the surrounding light and shapes. Made of hardened glass and mirror, the piece seems to appear and vanish according to the point of view, with a masterful color gradation from 0-100 % red.

This vanishing effect is further explored in Lotte Westphael’s latest porcelain sculpture, Polyrhythm Gradient, Reddish (2020), described by the Danish ceramist as …where the colors dissolve into a weightless nothingness. Inspired by the textiles of Anni Albers and the grid of Agnes Martin, Westphael has developed a complex grid technique, mixing colors in a graduated color scheme by cutting them into narrow strips of porcelain. Like patchwork, at each color change, there is a new layer of porcelain, and the vessel is a marvelous expression of crisp fragility, penetrated by light.

In her glowing wall sculpture, the Light Object (2019), exquisitely handmade in cypress wood, the Danish artist Ane Lykke masterly blends Nordic perspectives with the Japanese Kumiko wood technique. The three-dimensional grid system creates an interaction between the different levels of grids, revealing subtle changes in light, shadow, depth and reflection for the viewers passing by. The Light Object creates, due to its considerable size, a substantial physical impact on the beholder: My aim is to create a dialogue, a direct bodily connection with the surroundings.

The Danish textile artist, Grethe Sørensen, with her partner, Bo Hovgaard, present the important installation Reflection (2016), a video of water with light reflections, projected onto layers of thin textile sheets, invisibly suspended in space. The evanescent light projection on the floating veils gives the work a mirage like quality.

The possible dialogues between textile and light are further explored by the Danish textile artist, Cecilie Bendixen, in her sculptural textile pendant Much (2016), in which she creates an interesting interaction between form, light, shadow and acoustics. The textile is sound absorbing and when the abundant amount of textile is folded, its acoustic properties are enhanced. At the same time, its specific stiff texture gives birth to a baroque, spatial form – an amorphic structure of material contracted by threads – which, lit from within, creates a suggestive, shimmering presence.

Inspired by calligraphy, Mikko Paakkanen created the lustrious lamps in solid glass, Hude, in 2010. With their appearance of large shiny brushes, dipped in colour, they occupy space like luminous sculptures. Organic and fluid, they seem to defy gravity, like heavy, illuminated drops of water, falling slowly, suspended in time.

The idea of painting with light is more than a poetic premise in the photographic works by French artist, Rodolphe Proverbio. His light painting photographs (Peinture à la lumière), such as Tissage de Lumière (Weaving with Light) from 1963, were developed when Proverbio, using the photogram technique, started manipulating objects and different light sources in a darkroom, in front of a photosensitive paper or an open camera in a long pose. The self-made tools were boxes with small holes or thin entrails, containing a light source. The light paintings were done in the dark, under the inactinic red light, involving gestures that engage the whole body, like a dance. The approach is perhaps similar to what we could call Action Photo.

At first glance, it may seem surprising for a gallery, specialized in contemporary Scandinavian art and design, to include French experimental photos from the second half of the 20th century. However, if we take a closer look, we discover subtle correspondences, constituting an aesthetic tradition at the heart of the spirit that animates the gallery: abolition of the frontiers between different artistic forms, openness to new processes, an incessant search for experimentation, a spirit of breaking with convention, a synthesis of the arts.

The kinetic silver prints of the French artist Etienne Bertrand Weill equally embody this idea of a synthesis of the arts. Coming from the theatre and mime field and increasingly interested in translating the moving bodies into pure light and movement, Etienne Bertrand Weill started, around 1956, making small mobiles of wire, wood or glass, that he illuminated and moved in more or less complex ways in front of an open camera in a long pose. É.B. Weill imagined an art where the negative would not even have time to capture the contours of the object. From the shape of the object, only a new, fleeting appearance remains. He named this fleeting appearance Metaforme… The silver print Eblouissante (1965) is a wonderful example.

Alain Bachelard’s infrared photos Arbres (Au delà de Apparences) / Trees (Beyond Appearances), embody the double-meaning of the word Radiant as light and heat. In this series of different tree species from 1977 to 1996, made with an infrared black and white film, Bachelard captures the radiant heat of the living organisms. Through the recording of their photosynthesis, and the presentation of each tree as an individual portrait, Bachelard seems to reveal their inner life. What is normally beyond appearances suddenly becomes visible…whether the sap or the soul. 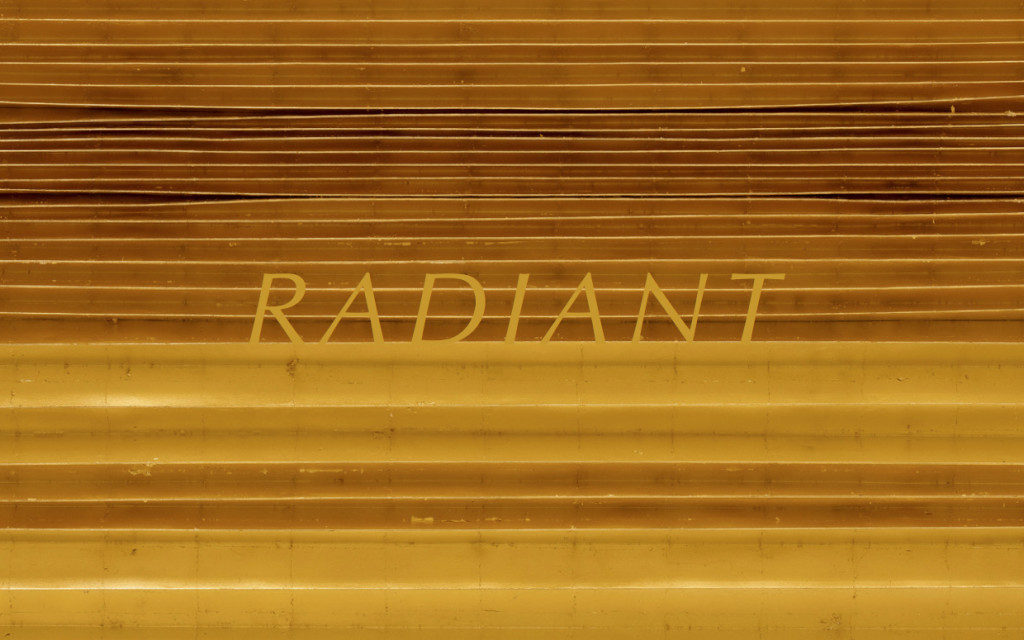 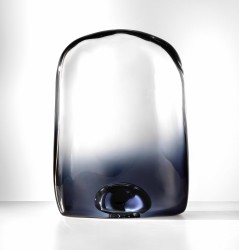 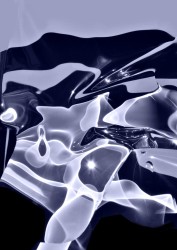 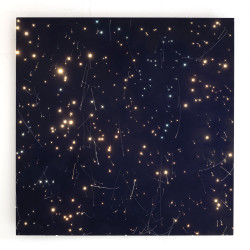 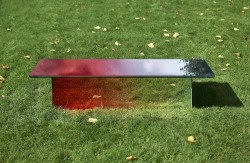 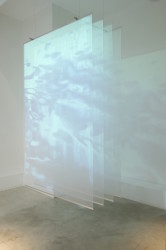 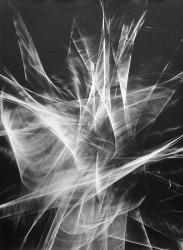