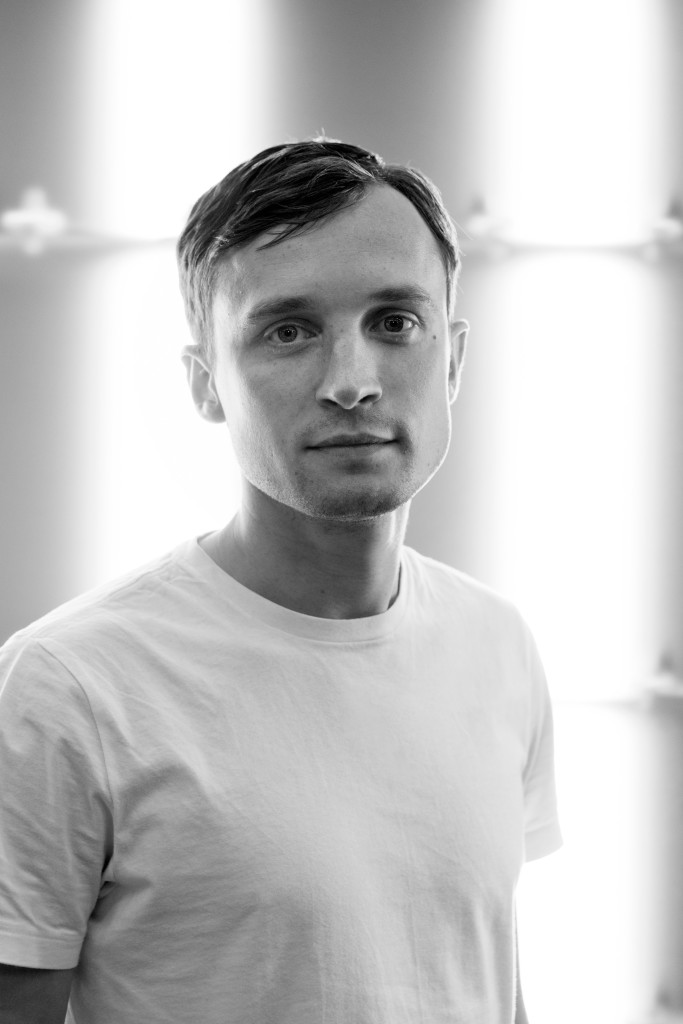 Germans Ermičs (b. 1985) is a Latvian designer, who lives and works in Amsterdam. For the past few years, Ermičs has crafted refined and ethereal pieces of glass furniture with exquisite chromatic expressions. Like the minimalists of California’s Light and Space Movement, Ermičs explores the field of color and materials to catalyze a shift in how we perceive objects and space. After studying design in Denmark, he carried out an internship at the Rasmus Koch Studio (Copenhagen) where he developed his skills in graphic design. In 2007, he co-founded the Latvian culture magazine Veto, serving as art director, while studying at the Design Academy Eindhoven in the department Man & Living, where his primary focus was on furniture and interiors. In 2014, he founded his own studio in Amsterdam. Ermičs was awarded the Wallpaper* Design Awards in 2017 and 2018, and has realized important site-specific installations and collaborations with Instagram and Bang & Olufsen, among others. Ermičs’ works have been exhibited worldwide in museums such as Toyama Museum of Art & Design, Japan, and Designmuseum Danmark.