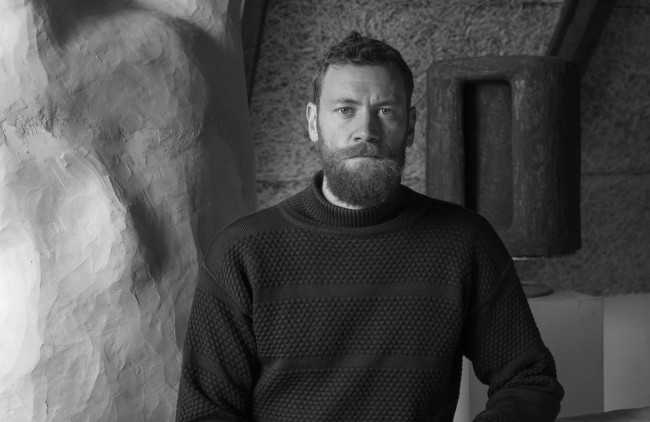 Since Danish sculptor Carl Emil Jacobsen (b. 1987) graduated from Kolding School of Design in 2012, his practice has oscillated between art and design, revolving around existentialism, ritualistic sophistication and solid craftsmanship. Working with found materials such as bricks from demolished buildings, he brings new life to powdered stone, converting it into layers of natural colored pigment. His nonfigurative sculptures stand on their own terms, fostering experiential connection over intellectual interference. Jacobsen’s works has been exhibited at The Curio – Chart Art Fair and The Spring Exhibition at Kunsthal Charlottenborg in Copenhagen, with Galerie Maria Wettergren, at Piscine in Aarhus and elsewhere.

With almost ritualistic attention to detail and painstaking craftsmanship, Carl Emil Jacobsen creates abstract aesthetic objects that hold an insistent sensuous appeal. His sculptural artworks explore the integrity and textural qualities of raw materials with roots in nature. His process is driven by a curiosity about form and material qualities. He often works on multiple simultaneous processes based on drawings/sketches as well as more intuitive approaches such as material experiments, revised craft techniques or attempts at conveying material sensations. His recent work has involved a special emphasis on colour/light/shadow and the ability of an object to enhance the experience of a colour.

His most important sources of inspiration are nature – including field trips in the landscape and studies of raw mineral colours, buildings and machine components –and the works of other artists.