Draped Nimbostratus (An Open Window Unit) represents a hybrid form of design, involving textile art, sculpture and architecture. The works is a sound absorbing installation and a result of Bendixen’s PhD thesis on the possibilities of an acoustic textile architecture, in which the placement under the ceiling as well as the folded structure increase the sound absorbing property of the textile.

Draped Nimbostratus (An Open Window Unit) is made of 100 % woven new wool (Divina from Kvadrat A/S) and polyester wire. The cloud is built up of rhombus shaped modules of 175 x 190 cm (in plane state). Draped Nimbostratus is an attempt to develop the architectural potential of sound absorption. Sound absorption ‘sounds’ like an open window – the sound disappears. This was demonstrated by W. C. Sabine in 1898 and consequently he called the unit of measurement Open Window Unit.

Draped Nimbostratus (An Open Window Unit) reveals how a relatively massive and extensive material also visually can construct space as the cloud can give rise to associations to the outside. In this way the visual impression can support the auditory sensation of space. With concurrent auditory and visual expressions, sound absorption can become an architectural parameter and contribute to sensuously nuanced spaces.

The title Draped Nimbostratus refers to the cloud motif but also to the way the textile is folded and draped. This means that the folds in the textile arise from the way the textile hangs – which is determined by its weight versus its stiffness. Only the technique is chosen by the architect – wires draw the textile together – the final form is given by the textile and by gravity. The intention behind the work is to reveal the inherent forces of textile and in the same time obtain a poetic analogy to nature. 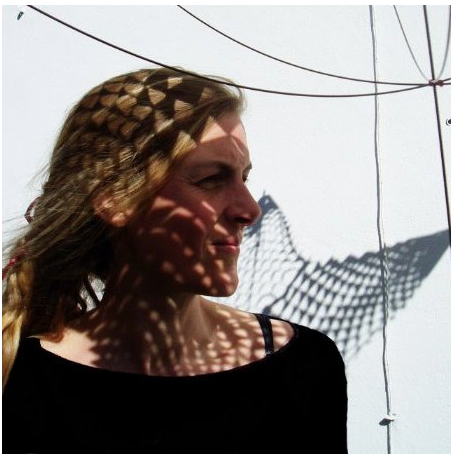 The Danish artist and architect is drawn to natural phenomena, and she poetically explores the way in which essential dynamics can be captured by her sculptures though different materials and methods. Materials themselves often guide Bendixen through her empirical practice, where she gains inspiration from movement and form through touch and sight, carefully observing how a material can be approached. She considers the different qualities that make it unique: its shape, texture, strength, how it looks when it is fixed, and how it can interact with natural dynamics.

Cecilie Bendixen has exhibited in various contexts such as the Charlottenborg Spring Exhibitions, Design Miami and Nordjyllands Kunstmuseum. She was nominated for the Nordic Textile Awards in 2017, and the same year she received the Bindesboell Medal. 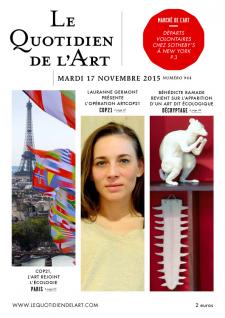