The Danish artist Lotte Westphael makes unique vessels with structural compositions of colored porcelain. Her vessels are based on a personal immersion in a technique unfolded in a graphic universe. With strips of colored porcelain, Westphael works with vertical and horizontal lines, two-dimensionally, building patterns in 2 mm thin porcelain plates, which are finally assembled into cylindrical jars. Westphael is interested in the three-dimensional potential of the cylinder form, and she works with the interplay between the inner and outer side of the jars. The manufacturing process is slow and the waste rate is large. Her vessels are translucent and fragile, and at the same time with a strong, geometrical expression. 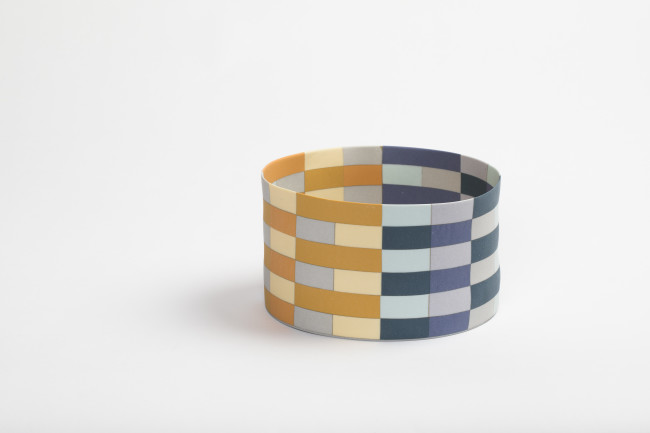