As scientific exploration reaches the limits of the detectable and comprehensible, so it too relies on the creativity and imagination of scientists and artists to push boundaries and interpret the Universe. With these thoughts in mind, the Danish artist Astrid Krogh reached out to one of America’s pioneering astrophysicists, Dr. Margaret Geller from the Center for Astrophysics in Cambridge, Massachusetts, with whom she initiated an ongoing correspondence on the patterns in the Universe. Opening fundamentally new perspectives, this encounter has given birth to a series of new works, which will be presented in the exhibition Astrid Krogh – Space Odyssey at Galerie Maria Wettergren in Paris, from 12 February through 16 April 2022.

The Universe is flooded with patterns, from the smallest particles to intergalactic structures, infinite in numbers and in constant change, chaotic and organized at one and the same time. Krogh, who has always been fascinated by the force of patterns, approaches these empirically but tenderly, using light as her main source, both natural daylight and artificial light, which she organizes in different patterns, mixing random and order. By exploring a large specter of materials and techniques, including organic seaweed, gold leaf, fiber optics, mirror foil and photographic cyanotypes, Krogh thrives to reveal, in an almost alchemist way, the deep poetic feeling and grace of the Universe through the metamorphosis of these materials. This interdisciplinary approach is highly characteristic of Krogh’s vocabulary, who since the end of the 1990s, has continually combined different disciplines and materials in the fields of textile and light art. Concurrently, it echoes an ever-growing tendency among contemporary artists and designers today, opening up for new fields of interference between art and science. 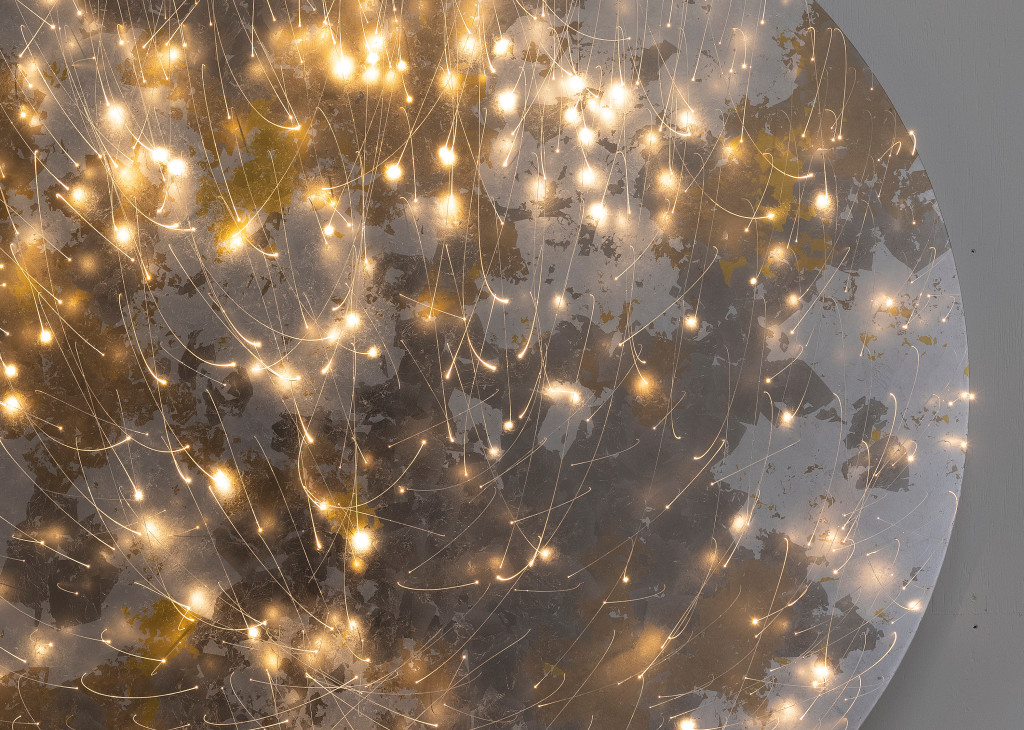 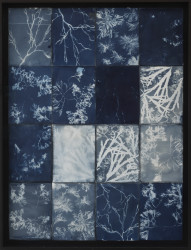 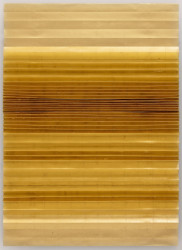 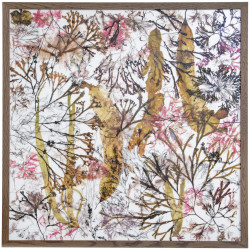 Seaweed in the Universe 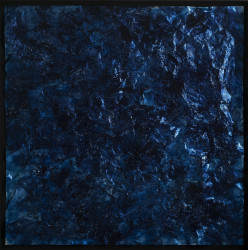 Square of the Universe