MARIA WETTERGREN is pleased to announce that the Gallery will represent the artist duo benandsebastian and hold their first solo exhibition in France, entitled Matter Out Of Place (1 June – 21 July). The title of the exhibition is a reference to the British anthropologist Mary Douglas, who wrote ‘dirt is matter out of place’ in her canonic work, “Purity and Danger”. Douglas’s writing has been influential on much of benandsebastian’s work, perhaps most obviously in Completely Dusty, but also in The Outsider/The Insider (in relation to ideas of purity), The Gift and also in relation to the bodily frailty and vulnerability implicit in Seat and Made in Ruins.  Their hybrid work consists not only of the installations and sculptures that they construct, but also in the drawing out of the relationships between things : between context and object, between artwork and institution, between body and limb.

BENANDSEBASTIAN (Ben Clement, 1981, Oxford & Sebastian de la Cour, 1980, Copenhagen) graduated as architects from the Barlett University College London in 2006. Benandsebastian use the language of architecture as a means of addressing the relationship between the psychological spaces of the mind and the physical spaces of the body. Whether taking the form of architectural fragments, mechanical theatres or living arte-facts, they question supposedly seamless systems of order. Trained in architecture and theoretically versed, their sculptures take on elaborate mechanics and extreme detailing, while embracing vast philosophical and sociological systems. It is impossible to concretely anchor their work, an elusiveness made evident in their recent exhibition at the Designmuseum Danmark, ‘Phantom Limbs’.

Benandsebastian’s works have been shown in various museum exhibitions in Europe, China and Japan, and are part of museum collections such as the Kanazawa Museum, Japan; Trapholt Museum, Denmark and Shanghai Museum of Glass. Benandsebastian’s work can be seen at the solo show Department of Voids at Den Frie, Centre of Contemporary Art, Copenhagen, Denmark (June 22 – September 16, 2018)

REJECTION of dust and other deviant dangers plays an important role in maintaining the illusion of order. Completely Dusty is composed of structure provided by benandsebastian and dust provided by Thorvaldsen’s Museum in Copenhagen. The work takes inspiration from Thorvaldsen’s plaster sculptures, whose porous surfaces are stained by decades of dust.

Completely Dusty has not reached its full potential without the time taken for dust to settle into its underlying surfaces. The piece’s grooved walnut latticework and leather bindings both harbour dust and are fragile enough to be threatened by the delicate use of a feather duster. While dust slowly unsettles the piece’s obsessive order, attempting to thoroughly clean the piece would most likely lead to the work’s collapse. The piece both accommodates and defends the dust that we try to eliminate from our lives through clean lines and frictionless surfaces.

FRAGMENTS of ruined architecture and construction sites simultaneously, the delicately collapsing and elaborately erected Made in Ruins & Seat […] stand as if caught in time. As both staircase and superstructure, chair and classical portico, ruin and construction site, the works exist in a state of spatial and temporal suspension. The misfits will not be pinned down. The oversized dimensions and shifting scales of the staircase fragment refuse an easy and predictable relationship with your legs. The chair defends itself against your weight. Beneath the works’ surfaces lie architectural worlds, suggesting an ambiguity of scale and a vulnerable relationship between the work’s bold outer surfaces and the fragile inner constructions that support them.

ESSENCE can be an elusive quality. The Outsider/The Insider consists of two chairs in one. ‘The Insider’ is a slender white chair cast in white concrete, with detailing that is reduced to the absolute minimum. While ‘The Insider’ strives for a purified ideal, ‘The Outsider’ represents the complexities of potential. Its fragmented form comprises the wooden shuttering in which ‘The Insider’ is cast.

In contrast to the slender white ‘Insider’, the ‘Outsider’ is structurally elaborate and detailed, with its soft wooden exterior and hard casting interior surfaces, its segmented shapes and its multiple hinges. The ‘Outsider’ is constructed to be un-folded and opened up, thus slowly revealing the ‘Insider’ in stages –  in a form of undressing. The Outsider / The Insider invites reflection upon the enormous complexity and energy needed to convey an appearance of simplicity.

Kaare Klint’s own design language developed from stripping down and morphing inherited forms of traditional furniture so that they would more closely meet the body. But over time that stripped-down, functional furniture has created its own legacy. A chair that once would have been associated with the democratic dissemination of quality design is inherited as an expensive icon of correct, exclusive taste. The Gift queries how legacy is involved in a canonized object’s drift away from the body as it becomes more untouchable and distanced from greasy fingers, oversized bottoms and conceptual contamination from its context and influences. 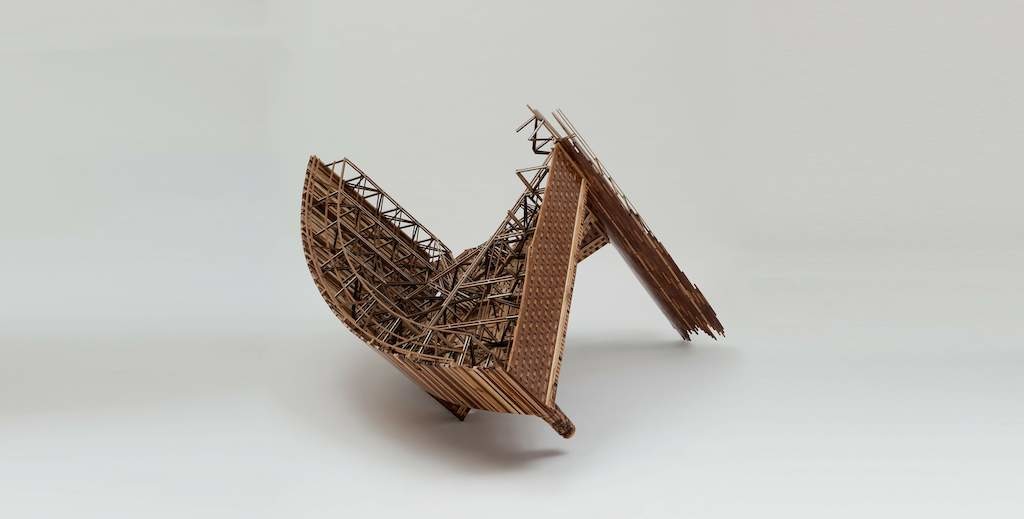 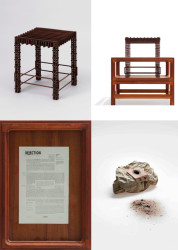 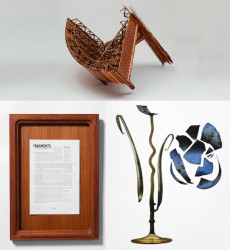 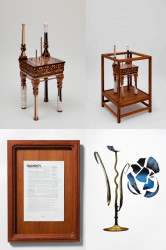 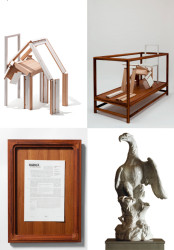 The Outsider / The Insider