UTOPIA AND THE FUTURE

The focus this year is on ideas of Utopia and the future in the works of significant contemporary Scandinavian artists, architects and designers with a special focus on textile art with the works of four Scandinavian artists: Astrid Krogh, Studio Brieditis & Evans, Cecilie Bendixen and Grethe Soerensen. Textile art and sustainability in the future is central to the work by Astrid Krogh « Layers Of Ambiguity » – an extraordinary commissioned work, made in 2016 for Bloomberg Media House, London, which will be presented for the first time at Design Miami Basel. Made for the project « Waste Not, Want It », based on sustainability, Astrid Krogh has used a combination of salvaged, reclaimed or waste material. « Layers Of Ambiguity » is hand-woven by the artist, using 200 meters of stripped computer cabling, stripped of their insulated coating. The remaining silver and copper wires are woven on top of layers of highly reflective mirrored foil. The woven wall screen explores the interplay of light and textiles in a very subtle way.

Sustainability is equally central to the wall tapestry « Off Piste » by the Swedish design duo Studio Brieditis & Evans. Combining masterly craftsmanship and ethical questioning, the chain stitch tapestry is made of recycled cotton T-shirts. As the title indicates, « Off Piste » evokes by the soft curves in the surface the beauty of a snow landscape. It was hand-woven in 2015 for their « Re Rag Rug » project. During 12 months Katarina Briedetis and Katarina Evans made 12 different tapestries and rugs, using various techniques, with one thing in common: All of them were made from recycled textiles such as cotton t-shirts, wool sweaters and tweed jackets. The idea of durability is key to Studio Briedetis & Evans who through their mastery savoir-faire shows how a traditionally common material can gain nobility and artistic value through exquisite craftsmanship.

The Danish architect Cecilie Bendixen explores sound absorption in the field of textiles in her unique thread sculpture « Sun Disc » from 2018. This circular textile sculpture is a continuation of Bendixen’s PDH research on sound absorbing textile sculptures, embodied in earlier works such as Draped Nimbostratus, Volume and Much. Instead of using prefabricated textile for the surface of the Sun Disc, the textile of the « Sun Disc » is ‘woven’ in situ – woven on the spot. By ‘weaving’ on a circular frame, Bendixen explores the infinite geometric possibilities of the crossing threads. Cecilie Bendixen’s interdisciplinary approach to design, involving science, arts, crafts and architecture makes her an important contributor to the contemporary art scene.

Grethe Sørensen’s desire to approach textile art from an optical perspective has, since 2005, resulted in a series of unique Jacquard weavings of light phenomenon derived from nature and computer technologies. Her masterly association of seemingly distinct worlds such as the digital and the natural, computer technologies and hand-craft, makes her a significant textile artist with works in important museum collections, such as the Smithsonian Cooper Hewitt Museum in New York and The 21C Museum Hotel in Cincinnati. While, at distance, the tapestries may appear quite similar to photographs, they become significantly different at closer hold. The woven pixels provoke a vibrating illusion of three-dimensionality, in which the light reflections are modulated into soft and vaporous reliefs through the artist’s virtuous use of threads in cotton, wool and polyester. « Wave Structure II » will be exhibited for the first time at Design Miami Basel;

Equally a premier at Design Miami Basel, two major works by benandsebastian, an artist duo formed in 2006 by Ben Clement and Sebastian de la Cour – « The Office » and the mechanical installation « Mountain (…) ». The very elaborated « The Office », made of teak, brass, leather, rubber, felt, ceramic, was designed specifically for the Museum of Nothing, an ongoing work by benandsebastian. Inspired by a paragraph by the Danish existential philosopher Søren Kierkegaard, The Office is constructed as a desk and a place of work, but also as an incomplete system of thinking. Like other parts of the Museum of Nothing, its potential lies in what is projected into it: the promise of ideas that might fill its empty frames and vacant spaces.

The theatrical dimension is further accentuated in the second installation presented for the first time at Design Miami/Basel – « Mountain (…) » from 2008, made of beech, plywood, mdf, plastic, steel, cardboard and rubberized paint finish. As the adjustable-height office table is lowered by an automatic mechanism, contour lines spring up from the surface and its various strata are revealed. The ‘mountain’ consists of layer upon layer of miniature office spaces, from lofty boardroom to cave-like telesales cabin. The director’s concealed control center hangs ominously at the mountain’s core, holding the structure in check with its eyeless gaze. ‘Mountain […]’ delves into a repressed emotional landscape whose hidden heights and unplumbed depths often exist within so-called ‘flat’ office structures, but which nonetheless go un-discussed in company board-rooms and unrecorded in corporate workflow charts and management diagrams. Repression is revealed as lying under the façade of a neutral and anonymous workspace in ‘Mountain […]’.

Benandsebastian use the language of architecture as a means of addressing the relationship between the psychological spaces of the mind and the physical spaces of the body. Whether taking the form of architectural fragments, mechanical theatres or living artefacts, they question supposedly seamless systems of order. The duo’s elaborately crafted art works have been shown in various museum exhibitions in Europe, China and Japan.

Another highlight of the selection is the Growth Chaise Lounge from 2016 by Mathias Bengtsson, a sculptural lounge chair based on artificial intelligence, where the form has been « grown » from a digital seed inside a software system and cast in solid bronze using 3D printed molds. With his latest work, Mathias Bengtsson (b. 1971 in Denmark) takes organic design to another level. Instead of simply imitating organic form, this masterpiece of sculptural design is created through some of Nature’s own rules and methods. Made of bronze cast into 3D printed molds, Growth Chaise Longue started as a digital seed programmed with DNA. During the seed’s maturation, meteorological conditions were randomly applied, thereby according the piece its distinctive organic look. Growth Chaise Longue equally expresses a rare mastery of high technology and exquisite craftsmanship of lost wax bronze casting.

Futuristic aesthetics are equally explored in the reflecting bench by Boris Berlin & Germans Ermičs from 2017 made of hardened glass and mirror. This work is characteristically entitled Presence -Absence as it constantly changes according to the surrounding light and shapes. By a masterful graduation from 100% mirror to 100% red glass, the bench seems to appear and vanish according to the point of view. 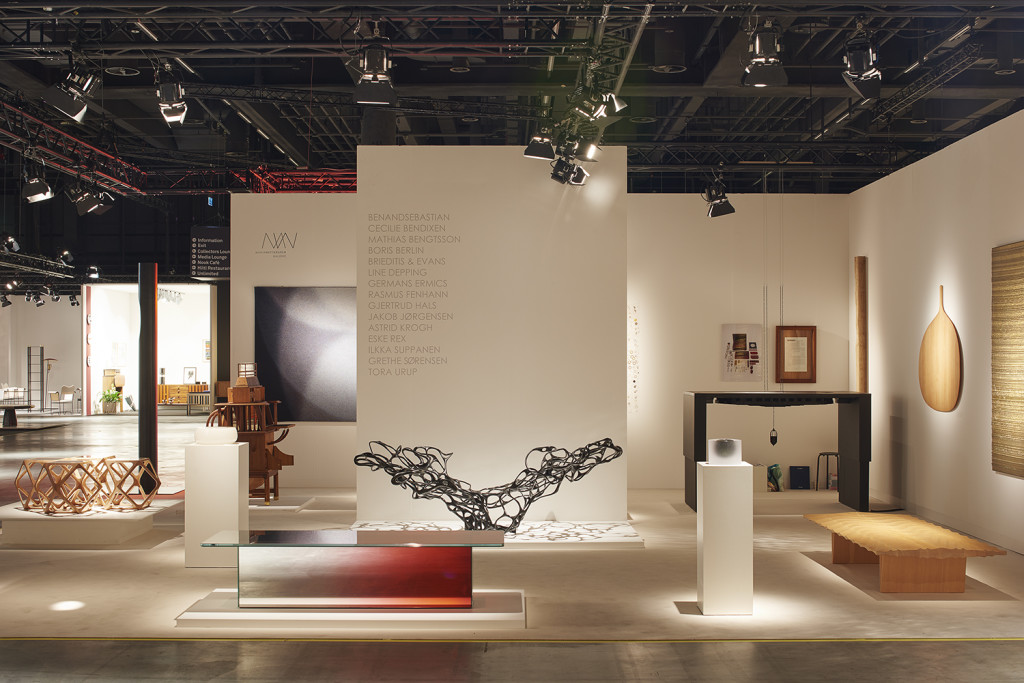 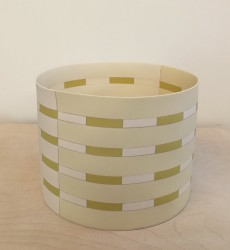 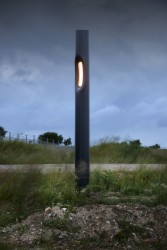 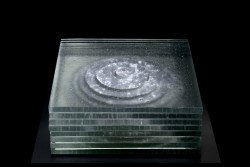 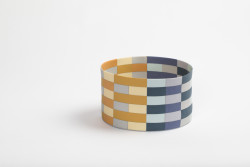 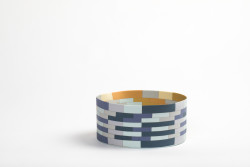 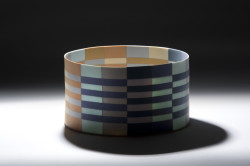 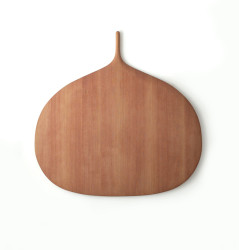 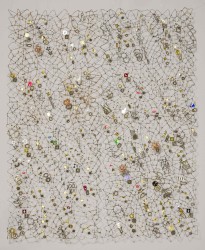