The gallery is honored to present the exhibition ULTIMA, the first solo exhibition in France with the contemporary artist Gjertrud Hals. Born in 1948 on the Northwest coast of Norway, Gjertrud Hals is considered as an important pioneer in the field of Scandinavian fiber art. She has participated in redefining textile art by liberating it from the loom and displaying it in space as three-dimensional sculpture. Her international breakthrough came in the mid-1980s with LAVA, a series of big urns made of cotton and flax pulp that marked her transition from textile- to sculptural fiber art. In 1987 she received the First Prize of the Metro Arts International Art Competition in New York, followed in 1989 by the Grand Prix of the Kyoto International Textile Competition. Her works have been acquired by important private and public collections such as the National Museum of Contemporary Art in Oslo, The Museum of Contemporary Crafts in New York, the Museum of Decorative Arts in Lausanne and The Bellerive Museum in Zürich.

The title of the present exhibition – ULTIMA – is derived from Gjertrud Hals’ ample eponymous vessels, delicately knitted from cotton and linen threads hardened with resin. These one-meter tall, featherweight vessels are hardly touching the ground. There is a certain contradiction between their size and their lightness. They seem to be in levitation and appear almost like a vision. Their ambiguous presence is further enhanced by their incapacity to contain anything (but themselves) due to their soft, perforated structure. They are self-contained so to speak. Yet, in spite of their delicate transparency, they convey a feeling of quiet strength. The shell form of the ULTIMA pieces is central to Gjertrud Hals’ art. In the words of the curator Tove Lande…”For Gjertrud Hals, the shell is both an ideogram and an archetypal symbol. She prefers to use dense symbols that can encompass several meanings, and for her the shell is precisely that type of symbol. On the one hand it represents the protective membrane between life and death; on the other hand it is a symbol of the jar or vessel. In addition, the shape reminds her strongly of the shells that she used to play with as a child on the beaches of Finnøya.” (Tove Lande: Delicate Pillars. Weighty Threads.In: Gjertrud Hals. Soejlens Letthet. Traadens Tyngde. Kunstmuseet KUBE. 2008. pp 75)

The shell is indeed compared, by Gjertrud Hals, to an organic membrane – protecting, fragile, fatal and liberating at once as…”Premature fracture of many fragile protective shells or membranes means almost immediate death or destruction. On the other hand, a cleavage at the right moment can mean life liberating itself, or even an idea or thought which breaks forth and materializes itself in creativity”. With ULTIMA, the artist seems to approach, conceptually and technically, the fascinating ambiguity between fragility and force, art and death,

Some artists feel so rooted in their home region that it becomes an integrated part of their life and art, as organically inseparable from them as an arm, as vital as air. In the remarkable portrait movie Black Sun, Gjertrud Hals tells the hair-rising story of how the little island Finnøya on the North West coast of Norway lost half of its population in one single afternoon, when 13 people drowned during a sudden storm, while they tried to reach the church on a neighbour island. This tragic event happened more than 100 years ago, but it never lost its ambiguous power of terror and excitement to Hals, who was born on the island in 1948. “As a child I loved stories about shipwrecks and accidents at sea. People who stayed alive on reefs and islets…or who had raised lots of children for instance, and then lost them one by one. It sounds weird to say I loved it, but it was in a childlike manner. Joy mixed with terror. In those days we had no horror movies. We only had these stories.” (Black Sun, movie). Gjertrud Hals’ upbringing on the little island Finnøya is profoundly anchored in her art and heart, and her relationship to the region’s nature and culture is deep and complex. So is her inspiration from the Nordic mythology, in which she sees a parallel to everyday life and culture.

Trained in the art of tapestry weaving in the 1970s, Gjertrud Hals’ interest in feminism and women’s culture draws her towards the new Polish wave of women artists exploring the sculptural potential of textile, such as Claire Zeisler and Magdalena Abakanowicz. The word fiber art occurred in the United States in the 1960s, and the first fiber art exhibition (“Woven Forms”) took place in New York at the Museum of Contemporary Crafts in 1963. Before, this style was referred to as “off-loom”, and it is the process of binding elements together, which comes from weaving, that is the common denominator of fiber art.Connecting and binding together characterizes indeed Gjertrud Hals’ art, both literately and symbolically. Many of her works are grid structures made of cotton and linen crochets, covered with paper pulp. Often strange little objects, objets trouvés, are added such as animal skeletons and feathers alongside with plastic capsules or embroideries from India or made by her grandmother, such as in the work FENRIS. They look a bit like the kind of “treasures” children find. The poetic dimension is further enhanced by the introduction of fragmentized words or letters, delicately appearing through the grid structures before vanishing again. Like a spider’s web, these weavings seem to capture the traces of life as time goes by. Like small micro-cosmoses, inspired by mythological story-telling and childrens world, Gjertrud Hals’ works seem to possess their own laws and logics, moving somewhere between delicate neatness and unrestrained inspiration. In the words of the artist, they propose a reflection “…on the relationship between nature and culture, in which the life of modern man is moving between chaos and order. Forces of nature and war create chaos, after which a new order is elaborated, always a bit the same and always a little different than the previous. “

Gjertrud Hals works tirelessly, always seeking out new experiences. She has constantly been exploring new techniques, as she weaves, knits, casts, sprays and cuts her way through various materials, mostly natural fibers such as flax, paper, cotton, roots and plants that she elaborates during physical and time-consuming sessions. Her focus on natural fibers comes from her frequent travels to Japan, where she admires the old, holy Shinto temples and learns to make paper. The Japanese actually have the same word for paper and for God, Kami, and it’s the discovery of Japan’s old nature-worthshipping religion, Shintoism, that puts nature is in the heart of Gjertrud Hals’ work, not only as a material, but as small pieces of natural life, that she draws into her works in a direct manner, using roots, liechen, branches, such as in the works PAIR and IRMIN: “With the number of things happening in the world today, it feels right to focus on a small segment by conserving a small part of it. It reminds me of my collections of shells and insects in my childhood. It has always given me great pleasure to create order out of chaos.(Gjertrud Hals in: Tove Lande, Delicate Pillars. Weighty Threads/Gjertrud Hals. Soejlens Letthet. Traadens Tyngde. Kunstmuseet KUBE. 2008. pp 77).

It is also Shintoism that opens her eyes for the Norse mythology. She is struck by the feeling of something very familiar. So many things in today’s culture are rooted in these stories, and she feels an immediate and almost overwhelming connection.

In the documentary movie Black Sun, the artist explains her spiritual approach to art and techniques:“During the last 25 years, I’ve had a fling with Zen Buddhism. It focuses on technique but not for show. It’s continued technical exercise. You should exercise so much that you forget the technique. And, in the end, yourself…Zen Buddhism is very down to earth. It’s about getting in touch with your inner child, that reminds me of things I know from way back in my culture…my background…Christianity…and the essence of the New Testament. Jesus says several places, in the Gospels of Matthew and Mark, that if you don’t become a child again, then you’re not allowed in heaven. In that way, there is something in common…this simple down to earth mysticism. You can’t get there by keeping a safe distance. You must get into to it, to take part in it.” (Black Sun, movie)

It’s all about finding your inner child… getting into it, forgetting to keep a safe distance, being ALL IN, like a child, shipwrecks, spider’s web, snakes, animal skeletons, and all. Chaos and order. Joy mixed with terror. Combining big and small, high and low, Gjertrud Hals mixes auto-biographical and feminist themes with legendary story telling, folk art and fine art, profane and sacred…a simple down to earth mysticism as she names it, that calls for the child. 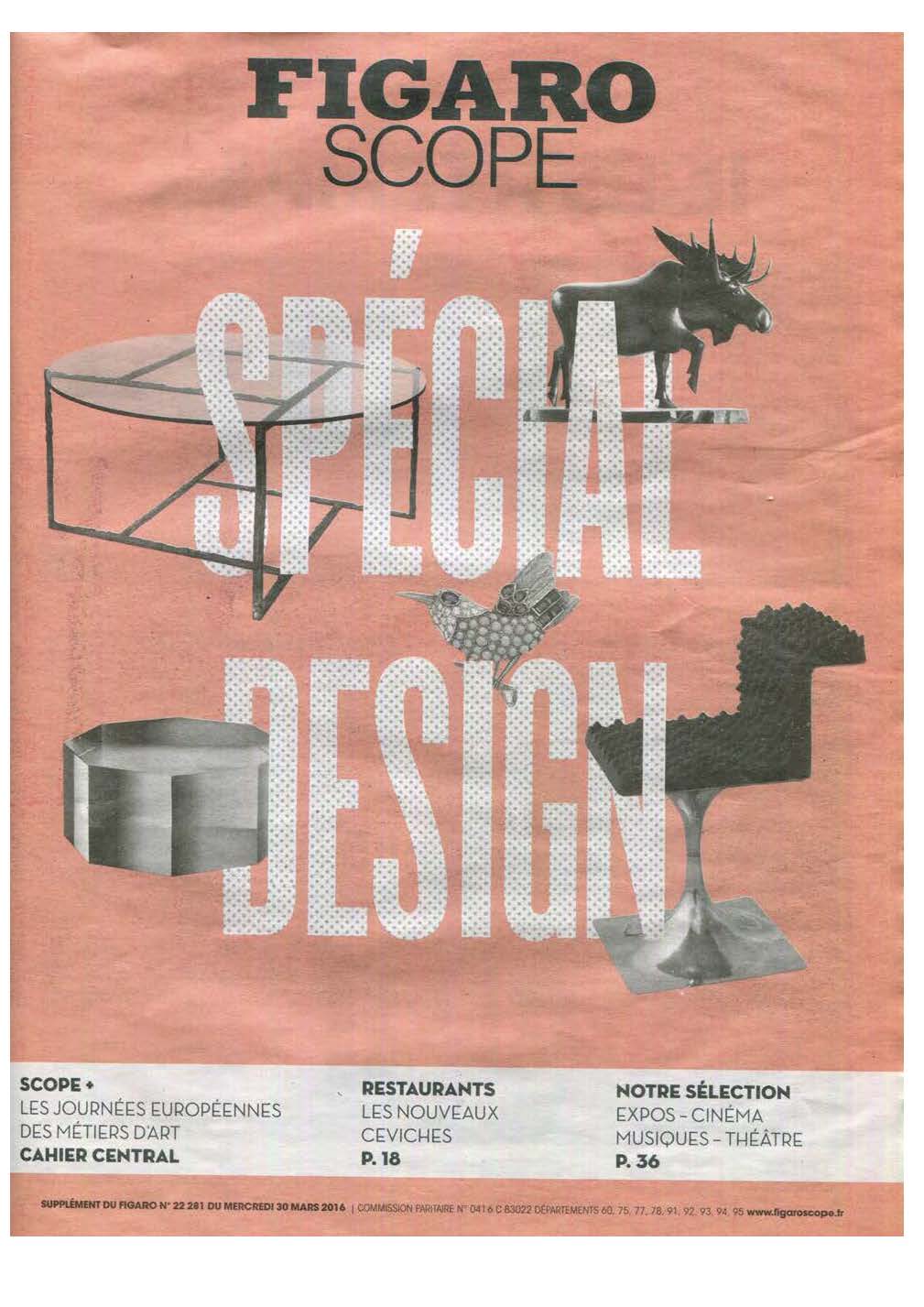 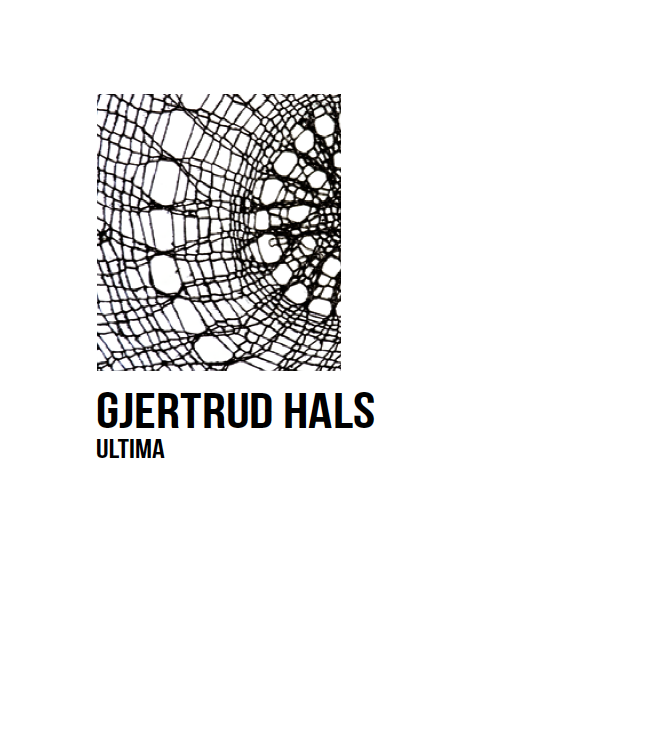 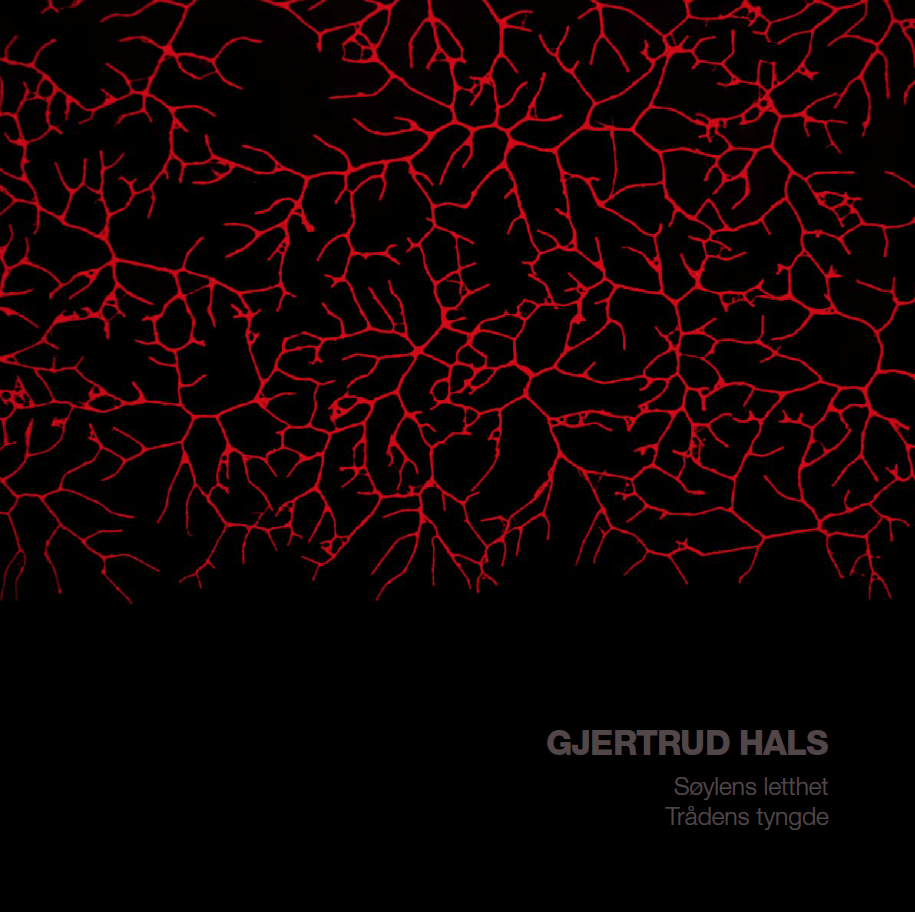