Rodolphe Proverbio, French artist born in 1938, was part of the French post-war movement of experimental photography and he exhibited with the group Libre Expression and with artists such as Etienne Bertrand Weill, Jean-Claude Gautrand and Jean Dieuzaide. Between 1963 and 1967, Proverbio made an important series of abstract photos created without camera, so-called photograms. Following the same procedure as Man Ray, Proverbio was manipulating various light sources in the dark room directly in front of large sheets of photo paper or an open camera, thereby obtaining abstract, calligraphic images with a cosmic or architectonic dimension.

Just as for his predecessors Man Ray and Moholy-Nagy, Proverbio’s working material is light, but in his search for maximum purity of the trace, he insists even more on movement, body movement, in a sort of intuitive choreography, striving for absolute inner and outer harmony. One could be tempted to name this new type of photography Action Photo, and in this sense Proverbio occupies a unique place in the history of art.

His work expresses in many ways the Zeitgeist of the Parisian art scene between 1955 and 1965, where geometrical abstraction and non-figurative art coexist together with Op art and Kinetic art.

Rodolph Proverbio’s works can be found in collections such as Musée de la Photographie in Arles and in the Cabinet des Estampes de la Bibliothèque Nationale, as well as in a few European private collections. 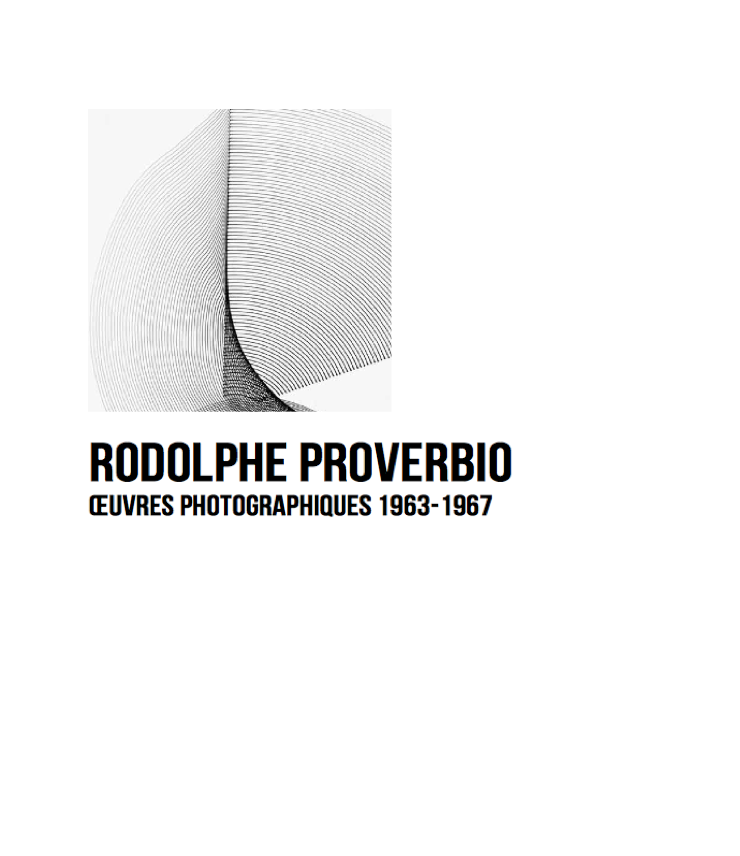