Galerie Maria Wettergren is delighted to present its third solo exhibition with the Danish textile artist, Grethe Sørensen (born 1947). Recognized worldwide as a pioneer in the field of art weaving in association with the digital world, Sørensen is inspired by optical light phenomena, which she transforms into large wall tapestries. In 2017, Sørensen received the Nordic Award in Textiles, and her works are held in the permanent collections of major museums, including the Smithsonian Cooper Hewitt Museum in New York, USA, 21C Museum Hotel in Cincinnati, USA and Designmuseum Danmark in Copenhagen, Denmark.

The works in the exhibition Feelings of Light on a Dark Night in Tokyo emerged from the artist’s personal experience with city light after nightfall in Tokyo. In the Light Reflection tapestries, Sørensen transforms the Nippon metropolis and its busy traffic lights, into soft, pulsating dreamscapes. Their ample, semi-circular lines and vibrating colors on dark backgrounds derive from headlights and traffic lights, reflected on an aluminum wall plate on the side of one of Tokyo’s bustling roads. Fascinated by the rich and ever-changing patterns and colors of light, Sørensen first recorded the scenes in video together with her partner, film director Bo Hovgaard, before meticulously translating the pixels of light into subtle patterns of woven threads on a Jacquard loom at the Tilburg Textile Museum in The Netherlands.

In her weavings, Sørensen transposes light phenomena, both natural and artificial, into the sphere of textiles. The two contrasting worlds of immaterial light and dense textile, intertwine and fuse in Sørensen’s soft wall tapestries, creating mesmerizing visions of both an ephemeral and timeless character. Although her weavings take their starting point in video recordings, they reveal themselves to be singularly different at a closer distance. The woven pixels create a vibrant illusion of three-dimensionality, in which light is modulated into soft, nebulous reliefs through the artist’s virtuoso use of various types of threads: mat carbon-black wool threads are juxtaposed alongside shiny white viscose threads, coupled with flashes of sparkling red, magenta and yellow, meanwhile the blue and green cotton threads calm the eye and the soul. Time seems to gain a slower pace whilst the observer explores the infinite richness of detail in the weavings.

The Light Reflection tapestries demonstrate Sørensen’s masterly sense of color and composition. Their luminous abstract language, based on geometric form and contrasting colors, may recall the Orphist works of Robert and Sonia Delaunay. Wassily Kandinsky’s synesthetic visions of color and sound equally seem to resonate in Sørensen’s weavings, with their semi-circular light patterns, spreading like cosmic sound waves in the sphere. The sound absorbing quality of the tapestries only seem to heighten this acoustic dimension.

Sørensen takes her exploration of the woven structure even further in her Random Weave Close Up works (2022). Representing enlarged woven threads from zoomed-in extracts of the Light Reflections tapestries, the artist builds a relief of variable palettes, thread by thread, with just eight colors, crossing and overlapping in a form of mise en abyme of the weaving process, weaving the woven, so to speak. In this more conceptual series of works, Sørensen articulates the grid, revealing interesting analogies between the frame of the pixels and the Jacquard weft. But even more importantly, the artists magnifies, in the double meaning of the word, the binding and connecting aspect of the weaving itself – the interlaced threads – and thereby its essence as a medium. Instead of representing something else, the woven structure becomes, finally, the subject matter. This must be considered as a crucial step, not only for the artist, but also for the textile medium in general, which for decades and until quite recently, had been considered a minor art form, less important than painting, sculpture, photography and architecture. 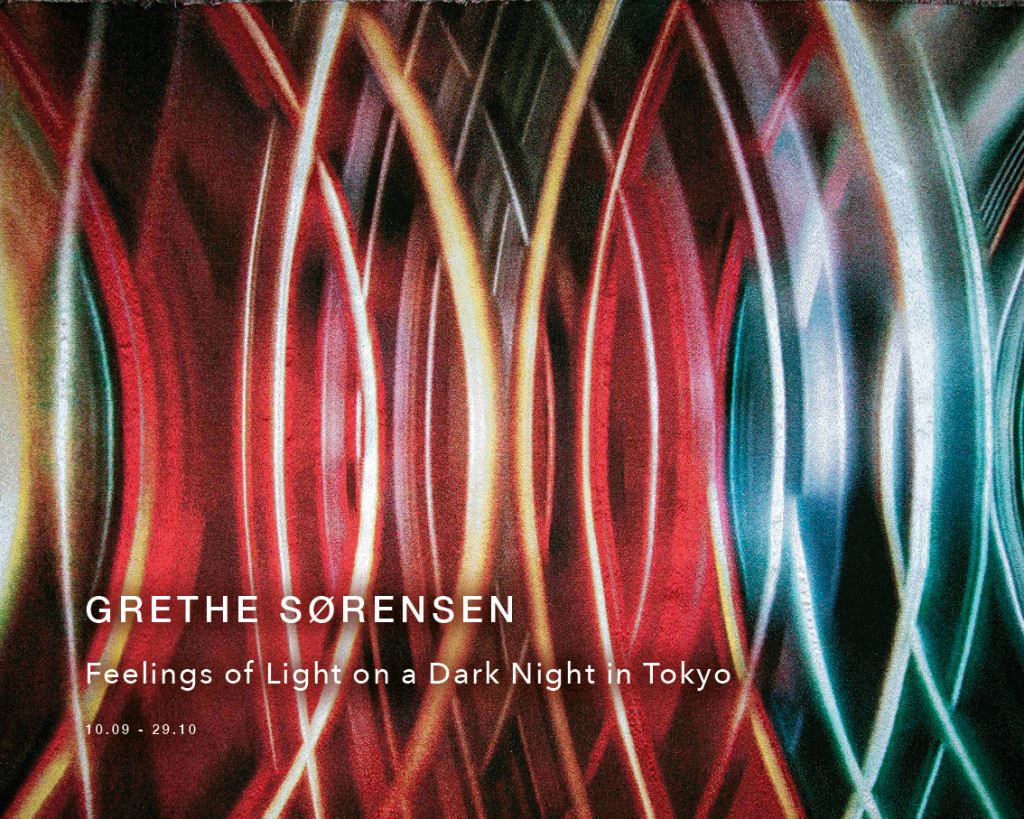 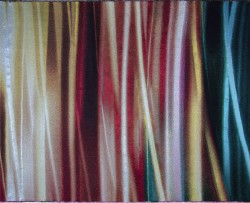 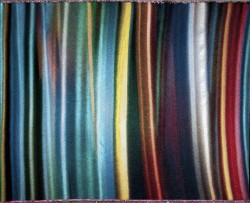 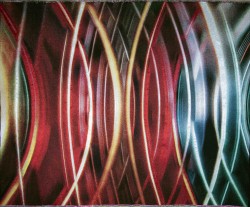 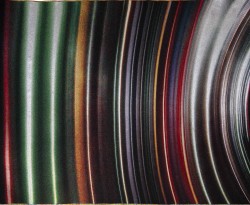 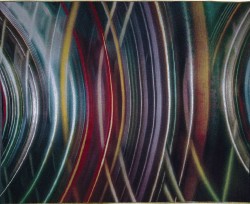 Random Weave Close Up I 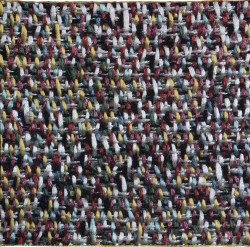 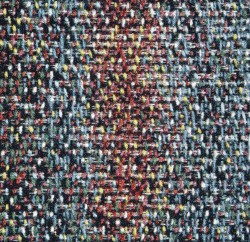 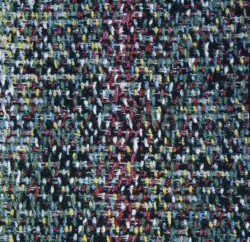 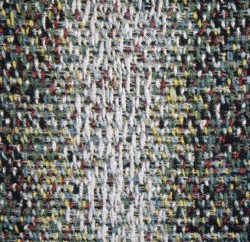